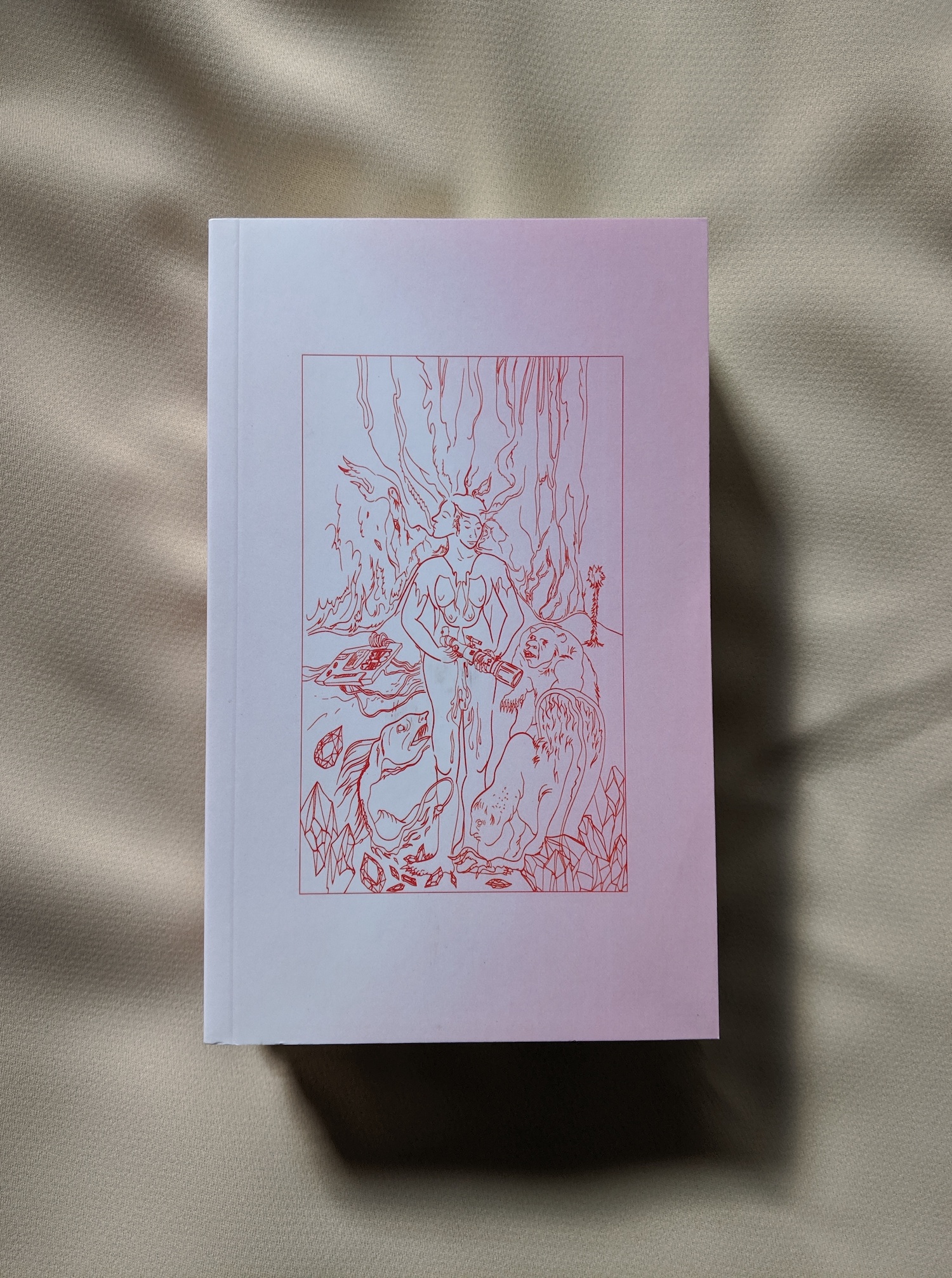 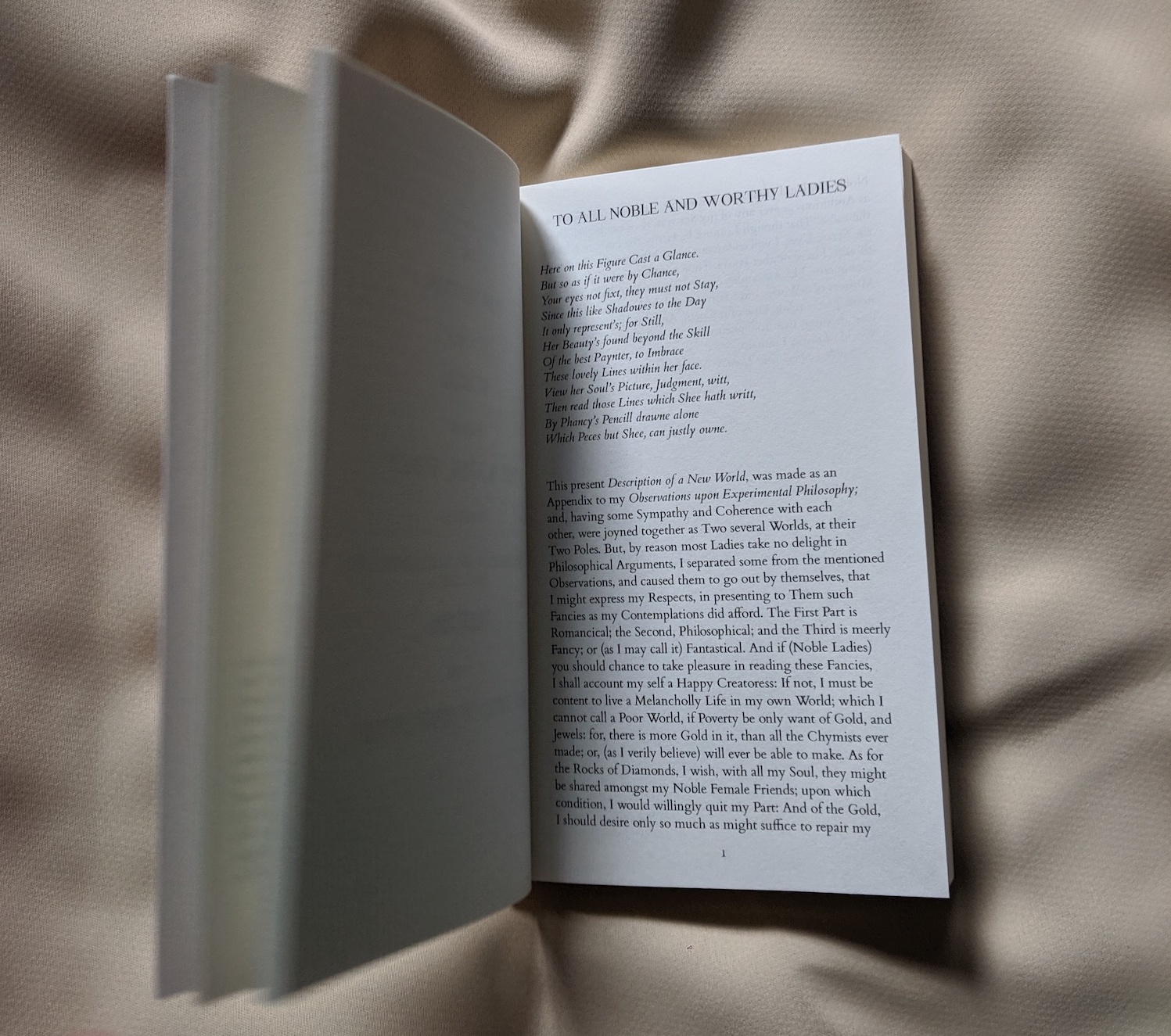 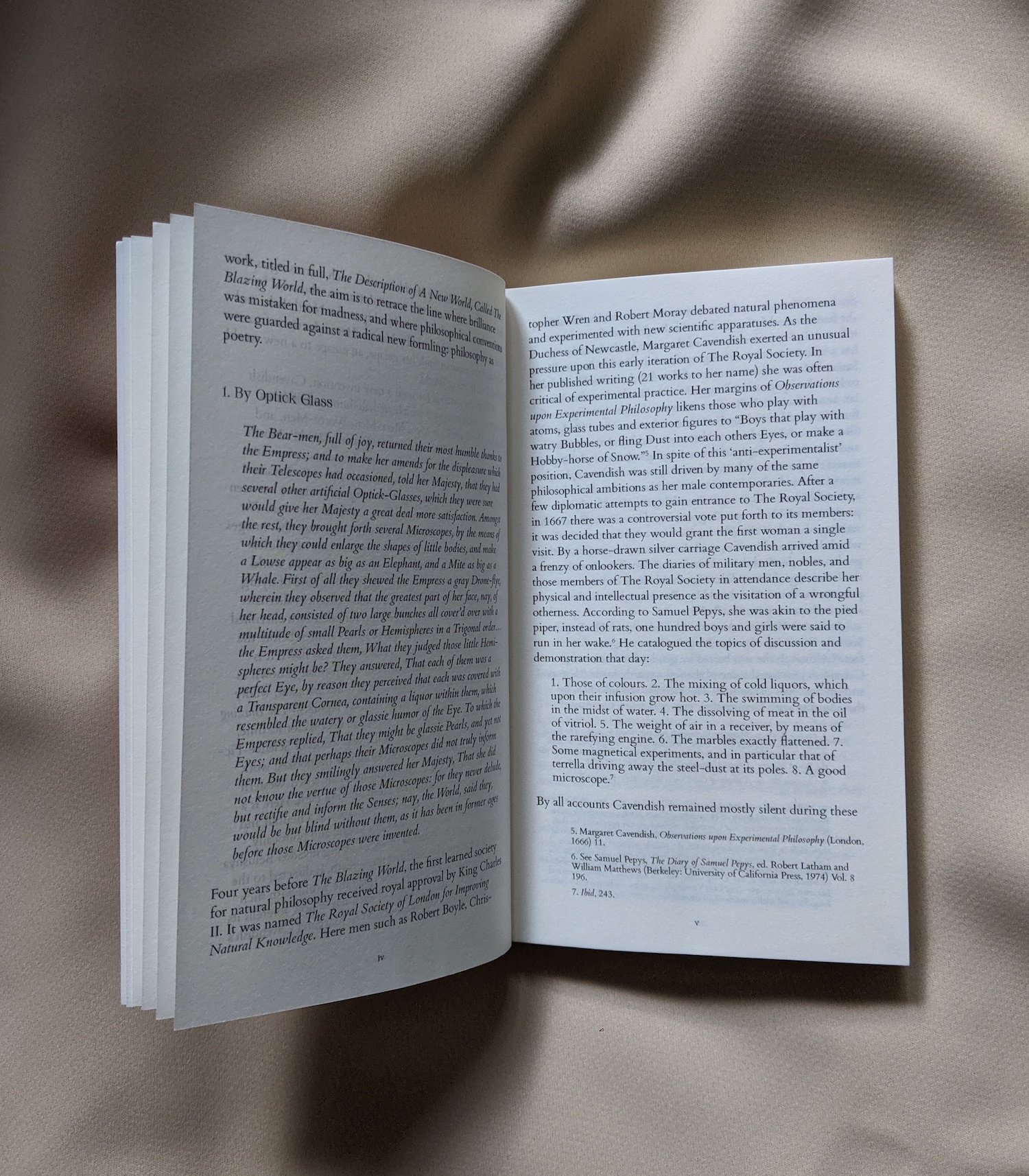 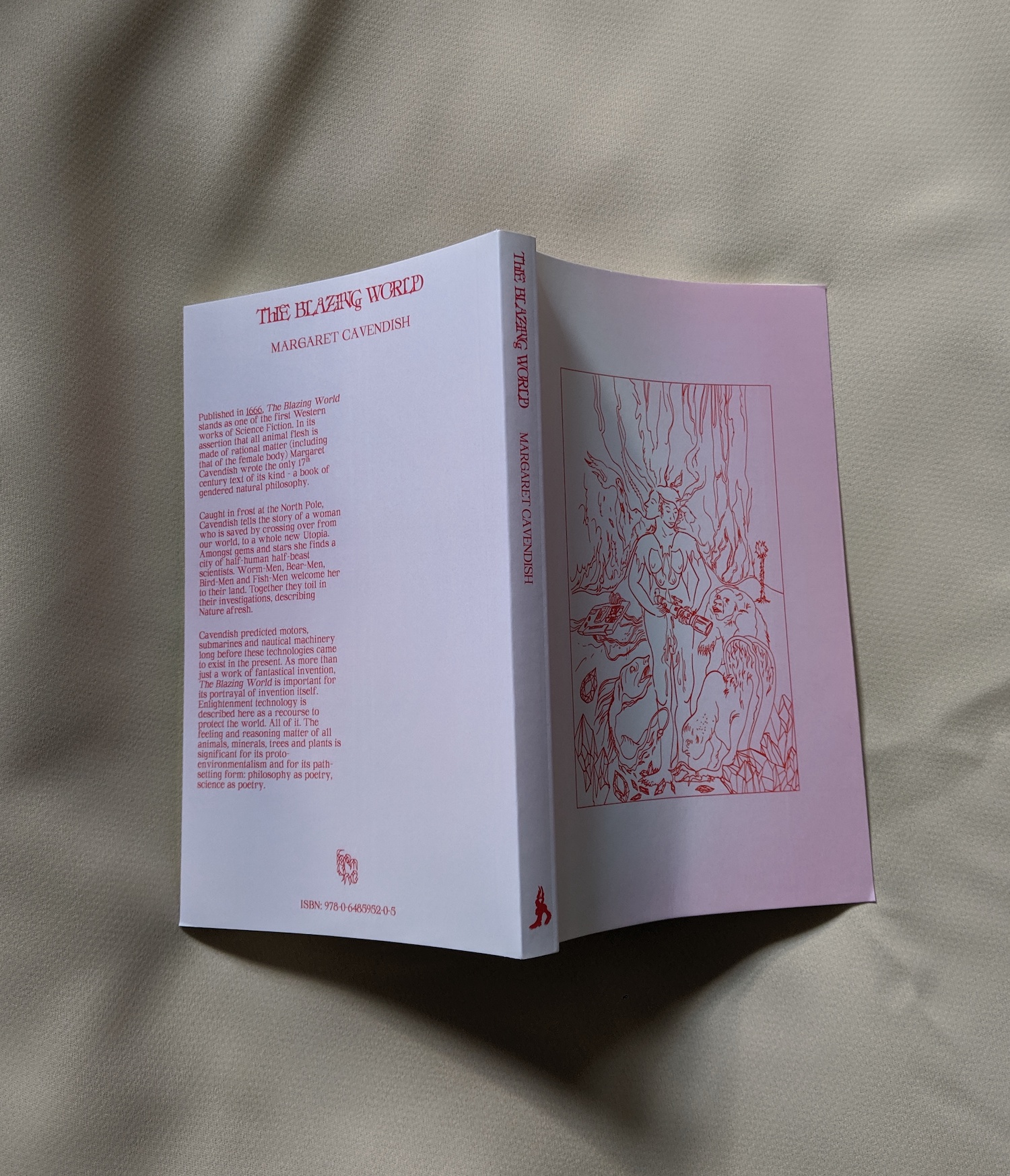 Published in 1666, The Blazing World stands as one of the first Western works of Science Fiction. In its assertion that all animal flesh is made of rational matter (including that of the female body) Margaret Cavendish wrote the only 17th century text of its kind - a book of gendered natural philosophy.

Caught in frost at the North Pole, Cavendish tells the story of a woman who is saved by crossing over from our world, to a whole new Utopia. Amongst gems and stars she finds a city of half-human half-beast scientists. Worm- Men, Bear-Men, Bird-Men and Fish-Men welcome her to their land. Together they toil in their investigations, describing Nature afresh.

Cavendish predicted motors, submarines and nautical machinery long before these technologies came to exist in the present. As more than just a work of fantastical invention, The Blazing World is important for its portrayal of invention itself. Enlightenment technology is described here as a recourse to protect the world. All of it. The feeling and reasoning matter of all animals, minerals, trees and plants is significant for its proto-environmentalism and for its path-setting form: philosophy as poetry; science as poetry.


Email us for PDF or Ebook :)
Bookshops buy via distributor Lightning Source / IngramSpark